When Auto HDR is enabled, the 16MP front camera automatically detects a back-light environment and applies the HDR effect. Its Selfie-light mimics natural light, allowing catch lights to be captured, which makes for great portrait photos. The camera also supports AI bokeh that effectively distinguishes the subject from the background, even correctly identifying elements such as hair accessories and popular hand gestures as being part of the subject.

In Portrait Mode, both the front and back cameras support AI Beautify that can detect makeup and keep them from retouching, and the algorithm has also been optimized for popular selfie facial expressions.

Redmi S2 is powered by the Qualcomm® Snapdragon™ 625 platform, which is based on the 14nm architecture for balanced performance and power consumption.

Redmi S2 comes with a 5.99-inch 18:9 full screen display. Its back is symmetrically curved and gently tapered toward edges, achieving great ergonomics and aesthetics at the same time.

Redmi S2 has three slots for two SIM cards and one microSD card of up to 256GB. Redmi S2 also features an IR blaster, and comes with AI face unlocking and Xiaomi’s very own Xiao Ai voice assistant.

Clearer images and faster focusing even in low light

The camera is also armed with 2PD (dual photodiode) autofocus — a technology commonly seen in professional dSLR cameras, which results in a much faster autofocus speed. Every single pixel of the main 12-megapixel sensor contains two photodiodes (which convert light into current that can be measured) – resulting in 24 million photodiodes in total, which is nearly 30 times more than the number of photodiodes of traditional PDAF-enabled sensors of the same resolution. This allows the sensor to measure phase differences effectively, improving Redmi Note 5’s autofocus speed dramatically.

The front camera of Redmi Note 5 sports a 13-megapixel sensor, complemented by an LED Selfie light. When Portrait Mode is engaged, both the front and rear cameras come with Xiaomi’s latest Beautify 4.0 mode, which has different effects enhanced by AI calculations for a natural look similar to having an expert makeup session. Even without a second sensor, the front camera achieves a great bokeh effect in Portrait Mode thanks to AI technology that helps to isolate the subject from the background.

Redmi Note 5 also uses facial recognition for unlocking the device, which is based on AI technology, enhancing the accuracy of identification for a more secure system.

Redmi Note 5 is the first device in the Redmi family to use up to 6GB of LPDDR4X RAM, usually only found on flagship devices. With more RAM, Redmi Note 5 can run more apps simultaneously and switch between programs even more smoothly.

Headquartered in Beijing, Xiaomi is the world’s 4th largest smartphone manufacturer with the aim of providing innovation for everyone. The company believes in providing High-quality, premium hardware and software services at honest pricing. 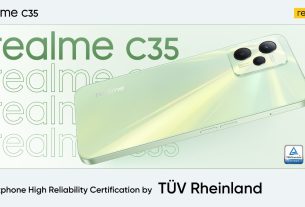 realme C35 – A Plan Stylish That Blows Your Mind 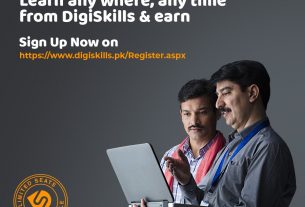