The renewable energy production in Pakistan is getting increased and will soon account for seven per cent of the total electricity generated in the country.

This was disclosed by the Chief Executive Officer of the Alternative Development Board (AEDB), Shah JahanMirza, while speaking at the International Renewable Energy Conference organized here at a hotel. The CEO of AEDB informed audience of the conference that at present the functional wind, solar, and some other renewable energy projects in the country had been producing 2,000 Megawatts of clean electricity. He said the under-construction wind and solar projects in the country would produce another 850 MWs of renewable energy.

On this occasion MianGhulamMohiuddin Ahmad, CEO of SGS Electrical Company, said that his company had been working hard to help the Pakistani fan industry adopt the necessary technological innovations to save electricity through their appliances. He said that his company had introduced a fan in the Pakistani market, which was capable of saving up to 80 per cent electricity to the benefit of the power consumers.

In the Last CEO of Prosun Solar, Muhammad Tahir, said that his company had been making efforts to introduce special solar-powered appliances for areas of Pakistan that were off-grid and didn’t have electricity. He said that his company had also the plan to work with the concerned regulatory authorities of the energy sector to prevent sale and usage of substandard solar equipment and products in the country. He said the solar energy sector had a very bright future in Pakistan as the country had massive potential to produce electricity using alternative power resources.

Chairman ADB SHAH JAHAN Mirza said that the solar and wind projects alone were not facing the issue of non-payment of dues against electricity produced by them as the issue is of general nature pertaining to all the power plants in the country owing to the problem of circular debt. He said the AEDB had been making progress to introduce the system of international competitive bidding to promote electricity generation through clean resources in the country.

“Although we have an ambitious target of clean electricity generation in the country but we will try our best to achieve it,” said the AEDB chief.

He said that they had been waiting for the finalization of the generation expansion plan by the government as this would be helpful to determine the exact year-wise need to generate clean electricity to overcome the energy shortfall in the country. He assured the participants that more electricity would be drawn from the wind and solar power projects already functional in the country with an increase in nationwide energy demand.

Speaking on the occasion, NaeemQureshi of Energy Update, stressed the need for greater interaction and dialogue between concerned stakeholders of the government and private sectors to promote the cause of clean power generation in the country. He said that more such conferences should be organized as a common platform having participation of the concerned quarters to mutually discuss and sort out issues of the renewable energy sector

After this session the Managing Editor of Energy Updates Mr. NaeemQureshi, Organg Foods CeoNajamMazari, MubeenAmjad and Rashid Ansari also join the conference as the speakers and address to the conference. 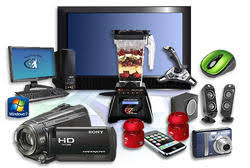