Today the United Nations Children’s Fund (UNICEF) and the World Health Organisation (WHO) joined the Government of Pakistan in kick-starting a nationwide measles campaign to vaccinate more than 32 million children – one-sixth of the population.

During the two weeks of campaign, all children between nine months and five years of age will be targeted for vaccination against the deadly measles virus which attacks the respiratory tract and is exceptionally contagious.

“In line with the vision of Prime Minister Imran Khan, we are paying special attention to the health and wellbeing of mothers and children in Pakistan,” said Mr. Aamer Mehmood Kiani, Honourable Minister for National Health Services regulations and Coordination. “I urge all parents to vaccinate their children against measles virus during the nationwide anti-measles vaccination campaign being launched by the government.”

More than 110,000 professionals are mobilised across Pakistan to help eliminate measles — a disease that can be prevented with a simple vaccine. More than 32,000 suspected cases of children infected with the virus have been reported in the country since the beginning of the year.

“Since 2000, the safe measles vaccine has saved more than 20 million children’s lives in the world. Every death or disability caused by this disease is now an unacceptable tragedy,” said Dr. Nima Saeed Abid acting WHO Representative in Pakistan. “This mass measles campaign will help to stop the current measles outbreak and show the strong political commitment of Pakistani Government toward the global measles elimination for the benefit of all children in the world,” he added.

Measles remains a leading cause of death among children, with survivors often left with life-long disabilities such as blindness, deafness or brain damage.

“From the Ministry to front-line workers on the ground, from the north-western mountains to the southern coastline, everyone is mobilised to ensure that no child is left behind,” said Ms. Aida Girma, UNICEF Representative in Pakistan. “Every child, including those living in hard-to-reach and remote communities, will receive the vaccine thanks to the exceptional efforts of health workers and social mobilisers working in fixed sites, but also in outreach or mobile teams,” she added.

The USD 30 million mass immunisation campaign is taking place in all provinces and areas of the country between 15 and 27 October 2018. It is funded by the Global Alliance for Vaccines and Immunisation (GAVI) and the government of Pakistan.

The campaign will contribute to achieving Sustainable Development Goal 3, which aims to end preventable deaths of newborns and children under five years of age by 2030.

ACCA upholds ‘Ethics’ as a key pillar for an Emerging Pakistan 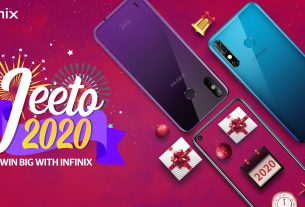 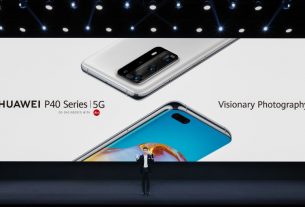