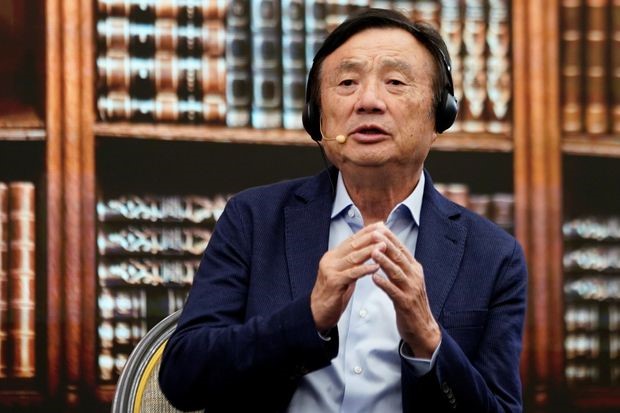 Most employees at Huawei Technologies Co. are back at work following the coronavirus outbreak, though the pandemic is likely to hit the Chinese telecom giant’s financial results this year, the company’s chief executive said.

Ren Zhengfei, who is also Huawei’s founder, also said that the company plans to boost its research and development budget this year by $5.8 billion to more than $20 billion.

Huawei, like all global companies, is coping with the fallout of the coronavirus outbreak, which is curbing economic activity around the world. Mr. Ren said Shenzhen-based Huawei resumed some operations beginning Feb. 3, losing little production time and in line with a government ruling that allowed some critical industries to restart early despite a broader work stoppage.

More than 90% of its approximate 150,000 China-based workforce is now back to work, though workers have cut overseas travel and increased their reliance on remote conferencing to carry on business. He added that the company has been helping hard-hit suppliers, including with medical supplies.

“For a large number of international contracts, you don’t need to send people into the field,” he said. “Even in light of the current situation we can still manage to grow our revenue from our businesses.”

The outbreak has also caused the company to lower its financial targets for the year, Mr. Ren said, though the specifics won’t be clear until next month. Already, smartphone sales are falling outside of China, he said, although the decline has been offset by strong domestic sales. Globally, Huawei is selling about 22 million units a month, a slight rise over last year’s pace.

China is slowly returning to work after nationwide closures following the novel coronavirus outbreak, which began late December. The pandemic is just the latest obstacle for Huawei, the world’s largest maker of telecom equipment and No. 2 smartphone vendor, which has been fighting an avalanche of attacks from the Trump administration. U.S. officials have pressured allies not to buy the Chinese company’s 5G equipment. Last month, U.S. prosecutors unveiled new charges against the company, including racketeering and technology theft, which the company is contesting.

“We certainly will defend our position against the U.S. charges,” Mr. Ren said. “It’s simply not a fact that whatever they say counts.”

The renewed R&D push will likely help Huawei cut its dependence on U.S. technology, after the Trump administration blocked its access to some key suppliers, such as Alphabet Inc.’s Google, which had supplied crucial software no longer available on Huawei phones. Washington argues Huawei’s telecom gear can be used by the Chinese government for eavesdropping or disrupting telecom networks. Huawei says it would never spy on behalf of any government.

Mr. Ren said he was confident Huawei would reach its new, downwardly adjusted financial goals for this year, despite the U.S. campaign and the coronavirus that is prompting a seize-up in global economic activity. The company previously said its revenue last year rose about 18% to $122 billion. Mr. Ren Wednesday said Huawei also saw a jump in net profits. The company is due to report audited financial results for 2019 by the end of the month.

One area of trouble is the company’s smartphone business. Though they are virtually unavailable in the U.S., Huawei handsets are top sellers in places like Europe, China and the Middle East, surpassing Apple Inc. in shipments globally and trailing only Samsung Electronics Co.

Huawei’s U.S. blacklisting means that the company’s latest smartphones are locked out of Google’s mobile software, depriving the devices the day-to-day apps and services that handset users outside of China rely on. The company is working to plug the hole by building its stable of apps, though Mr. Ren acknowledged that smartphone sales are declining in markets outside of China.

“In markets outside of China, we don’t see significant growth,” he said. “We are taking measures to address that.”

Despite the restart of most of its business, some locations where Huawei operates remain on lockdown. One Huawei office in Wuhan, the center of the coronavirus outbreak, employs about 8,000 people, mostly in R&D functions. It remains largely closed even though Chinese authorities have begun lifting movement restrictions on residents in Wuhan’s province.

However, Mr. Ren said he is optimistic that the outbreak could lead to increased demand for information-technology products amid a boost in network usage, as more people work and meet remotely.

“After this pandemic is over, I think people would even more obviously see the value” of Huawei products, he said. “There is a possibility of accelerated demand in the network rollout, so it is a concern that we might not have enough capacity to supply.” 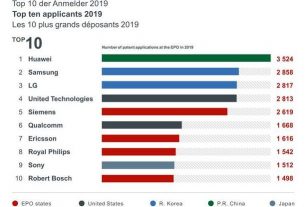 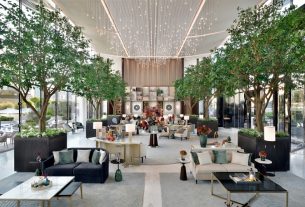 3 Bahadur: Rise of the Warriors all set to release on 14th December 2018 across the country!