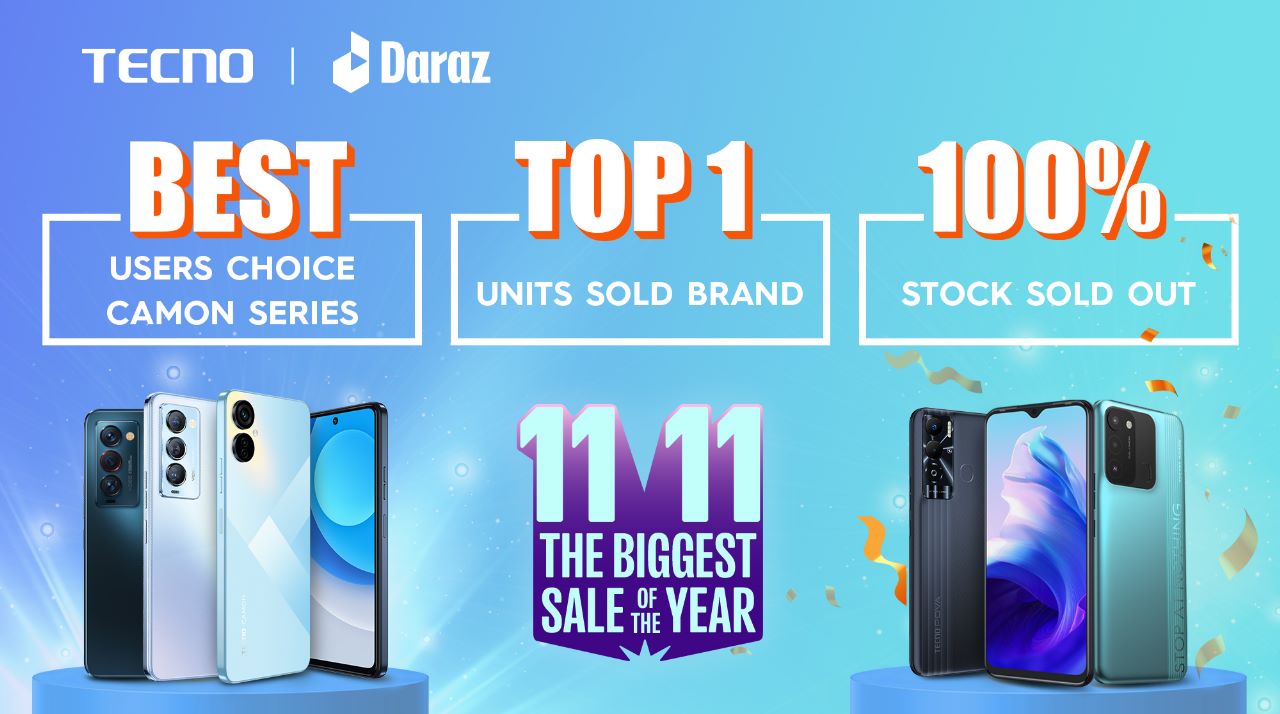 TECNO has successfully won the race with mind-blowing numbers in the Daraz 11:11 sale. People loved the products offered by TECNO and appreciated the price deductions given during the promotions. This is why up to 70 per cent of TECNO’s stock was sold out during the first 24 hours! This feat demonstrates the trust and faith customers have in TECNO as they grab their favorite devices at the first chance.

TECNO’s star models Camon 19 Neo and Camon 18 Premier were selling like hotcakes because of the
fantastic deals users were getting on these devices during the 11:11 sale! Overall, it was a very
successful promotional event for TECNO since almost all of its models were in high demand, and the
stock sold out quickly.

TECNO prides itself in being the most-selling brand in the price category of 30,000 PKR. This budget
segment is the most critical in the Pakistani Market, and TECNO once again showed everyone that it
manufactured handsets for all segments of the Market and that its market share in the budget segment
dominates its rivals.

A marvel of engineering for gamers, the POVA NEO was one of the in-demand phones during the
exclusive promotions. For power-hungry users, seeing the SPARK 8C with a considerable discount was a
joy like none other, and hence it was among the selling phones along with POVA NEO.
Kelvin Zeng, CEO of TECNO Mobiles Pakistan, says, ” TECNO has once again performed amazingly well in
the Pakistani Market, and that’s because we understand the market really well and provide devices that
have the best value for money “.

As you would have already guessed, TECNO Mobiles has come second in revenue generation from the
Daraz 11:11 sale, and it would not have been possible without our dedicated customer base and the
hard work of our whole team!

TPL Insurance and MediQ to digitize healthcare for customers 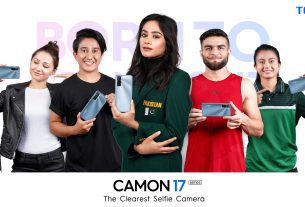 TECNO becomes one of the Top Selling Smartphone Brand in Pakistan