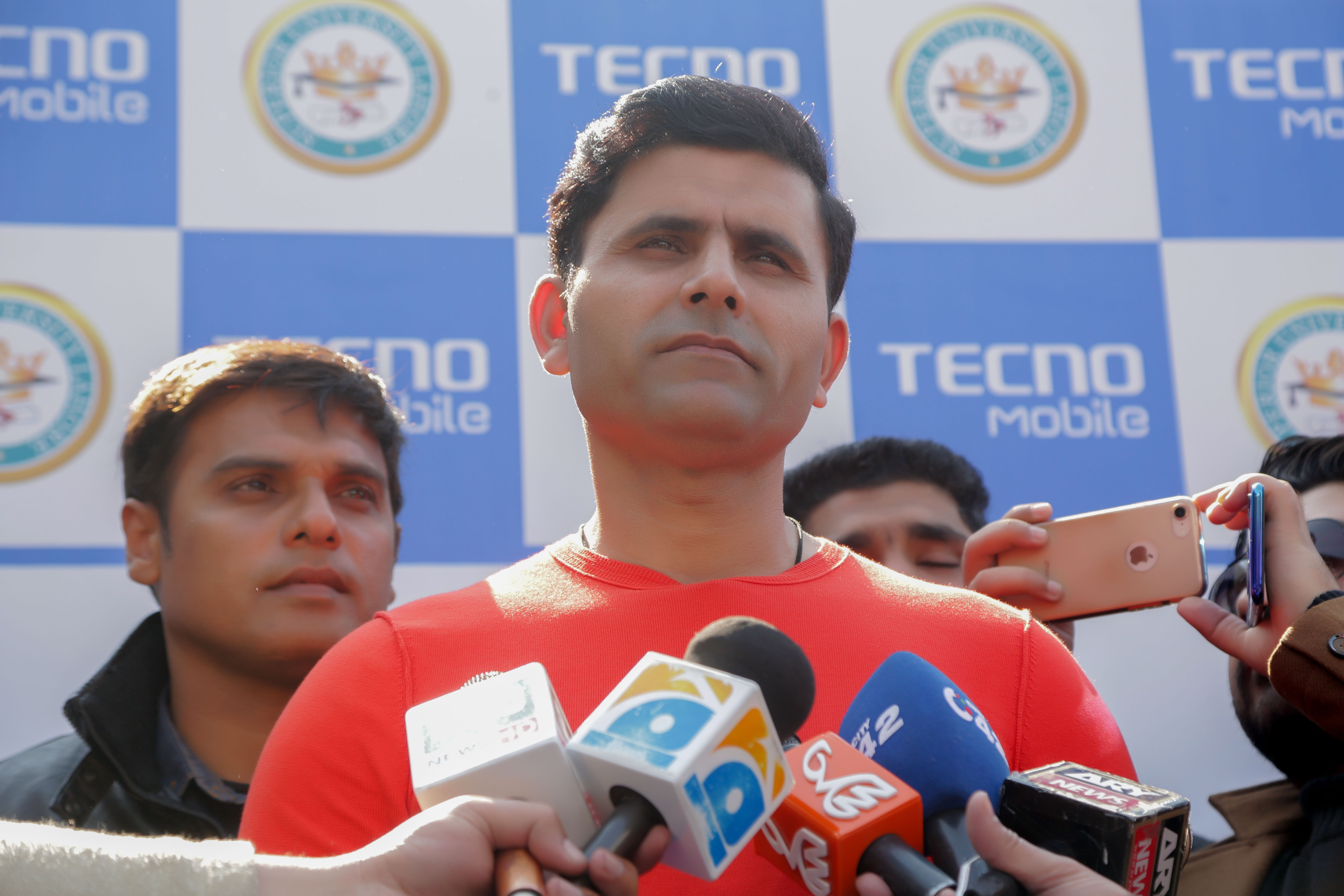 TECNO Cricket Superstar fleet has finally knocked at the doors of Superior University, Lahore; with Abdul Razzaq. After the enthralling presence of Pakistan’s one of the greatest batsman, Younis Khan at NED University, Karachi; TECNO’s Cricket fever is breaking all the records in Lahore with the electrifying ardor of students, taking part in various cricket combats.

The cricket legend, Abdul Razzaq, is regarded as the youngest cricketer in the world to take a Test cricket, hat-trick in a match. He is globally recognized as one of the most cultured bowlers’. Having his birth roots in Lahore, he ignited the passion for cricket within students and spent many hours among the participants. He gave interesting tips to the students and taught them various tricks,regarding the art of cricket. Later, he shared with them his struggle of emerging as a phenomenal Cricketer and highly encouraged the blooming cricket enthusiasts. 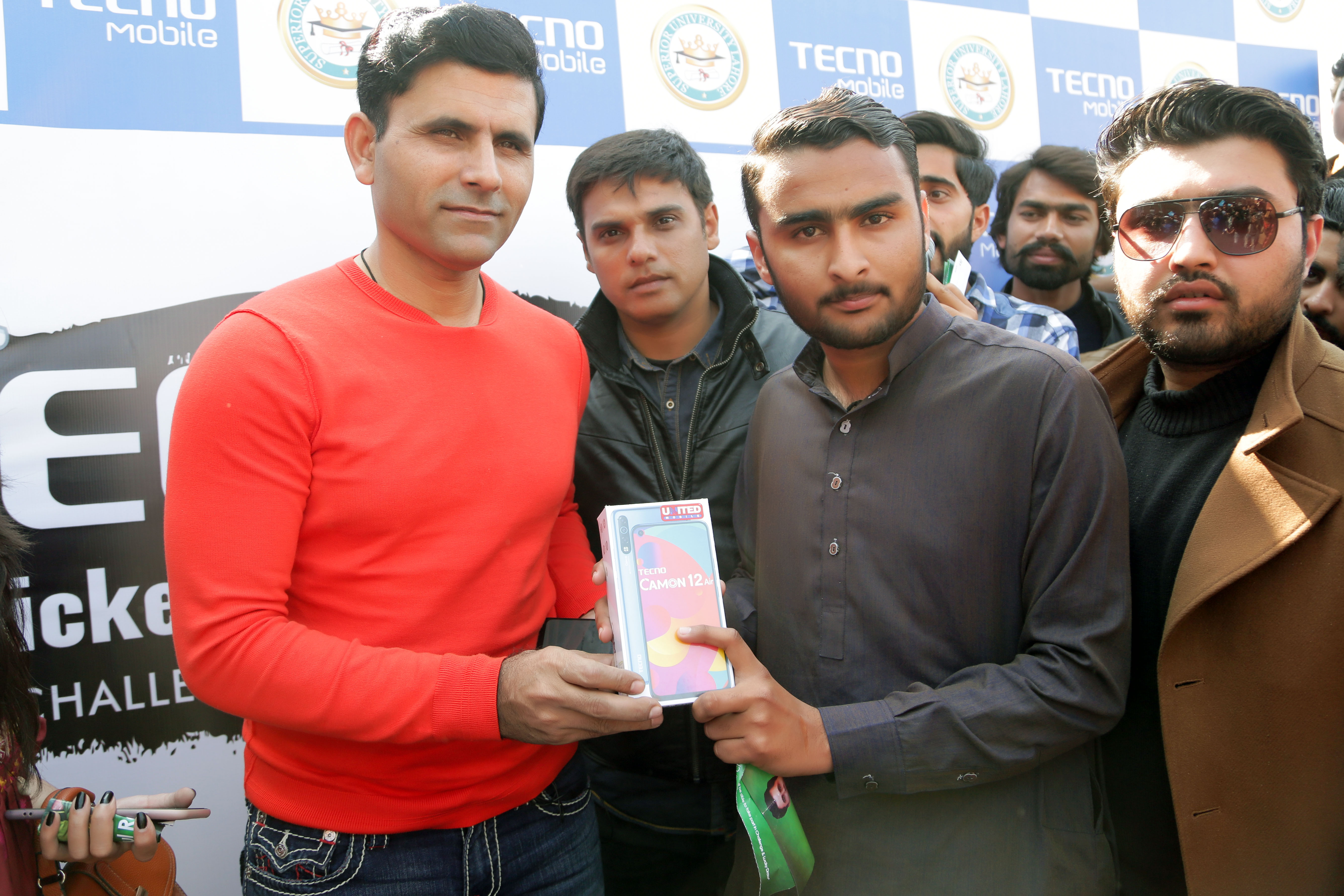 TECNO’S General Manager, Mr Creek Ma, upon his sheer delight on the event’s success and having AbdulRazzaqon board said, “TECNO feels privileged to boost the Cricket aura among the Asian crowds. The Cricket Superstar  Challenge is a way to enmesh and infuse the en masse through a platform of quality service and wide consumer access reaching the audience through their most cherished sport.”

Students were enthralled to have Abdul Razzaq amongst them. They participated with full zeal and zest in all the challenges such as, “Hit Your Aim”, “60 sec challenge” and”Dart Game”. The participants took many selfies with the cricket legend.The overwhelming response by the students took Razzaq by surprise and he extended his gratitude towards TECNO for pulling off such a spectacular event .

TECNO, aligning with its legacy of promoting Pakistan’s cricket culture left the Lahori crowd ambushed with its leading Cricket Superstar Activity. The brand reveled that its next destination would be Islamabad. So, get ready for the brands next BOOM!

Graduate Night 2018: The culmination of a beautiful journey