“AAGAHI” a series of 14 short animated films produced by SOC Films is set to introduce a second animated short on 25th September 2018.

TheAAGAHI or awareness film series has been made to educate women about their legal rights in Pakistan. The first was launched on the 1st of September educating women on how to file for an FIR.

The second episode will focus on educating women about Domestic Violence and how and where to seek protection.

This specific episode has been divided into a series of two parts; the first of which explains what domestic violence is and how to identify different forms of abuse included in domestic violence such as physical, sexual, psychological, and economic abuse. The second part informs viewers on how to seek protection against domestic violence. It educates women on the various steps one can take to protect themselves: filing an FIR, seeking a protection order, visiting a medico-legal center at a government hospital, or seeking refuge at a shelter if needed. The video also shares contact information of various helplines, counseling services, shelters, and legal support services available to survivors of domestic violence in Pakistan.

Each short-film has been conceptualized, produced and directed by SOC Films and is between 2 to 3 minutes long and will cover the law, its interpretation and the safety that it provides to the victim. This will also include the legislation, as stated in the Pakistan Penal Code, and the various case laws, which have been passed or revised in the recent years.

One of Pakistan’s leading actresses, Aamina Sheikh has lent her voice for the series, which is also being shared free of cost with all news and media channels for dissemination across the country. 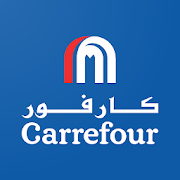