Ehsan Sehbai, CEO Shaheen Air International (SAI) – has been awarded as the CEO of the year achievement award at the UMA 16th CEO Summit Asia, Leadership Award 2017. The award was given to the CEO in recognition to his untiring efforts in making Shaheen AirPakistan’s second national carrier.

The award ceremony was organized by CEO Club Pakistan at a local hotel in Karachi. The honorable Governor of Sindh and Chief Guest, Mr. Muhammad Zubair, presented the awards to Zohaib Hassan, Chief Marketing Officer, SAI who collected the award on behalf of Shaheen Air CEO and were later invited at the Gala dinner at the governor house.

While expressing his views on the occasion, Zohaib Hassan, CMO, Shaheen Air,said: “Congratulations to our CEO Mr. Ehsan Sehbai on this remarkable feet. As platinum sponsors, we support this initiative by CEO Club Asia in bringing together CEOs of different companies on one platform and acknowledging their contributions to their respective fields”

CEO Summit Asia is determination of premier CEO club that works on promoting the businesses in Pakistan by recognizing the chief executives of different companies in order to create value and difference by contributing to the socio-economic development sector of Pakistan. The summit aims at connecting the CEOs and transforming their potential into achievements and also focuses on intellectual growth of its members.

Transition towards Renewable Energy: A Need of the Hour 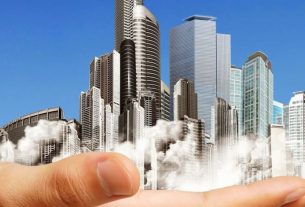