In line with its commitment of facilitating passengers, the second national carrier of Pakistan Shaheen Air International (SAI) will start non-stop flights between Faisalabad and Muscat, launching its first weekly flight from Sunday April 15, 2018.

Flight NL758 will depart Faisalabad every Sunday at 7pm and arrive in Muscat at 9 pm whereas the flight NL759 will depart from Muscat every Sunday at 10pm and arrive at Faisalabad at 2am Monday. The airline will be the first to operate direct flight on this route with an Airbus A320.
Pakistani community in Oman will now be able to fly non-stop to the country’s third most populous city Faisalabad, located in the province of Punjab. Faisalabad is recognized as the Manchester of Pakistan, for being the trade center of the country.

“New airlines are planning to start their operations in Pakistan in the near future, which is a sign of healthy competition coming in the aviation sector of the country. It is great to see Shaheen, which is regarded as the second national carrier of the country, start its weekly flights between Faisalabad and Muscat, the capital and largest metropolitan city of Oman,” said HuzaifaHalai, Station Manager Oman, SAI.

“There is an overwhelming demand for travel between Pakistan and Oman due to the existence of strong relations between the two countries. The maiden flight to Faisalabad from Muscat will mark a significant milestone for enhancing such ties and also benefit the Pakistani diaspora residing in Oman. Expanding operations on the Pakistan-Oman route is in line with Shaheen growth strategy outlined for Oman. It’s pertinent to mention here that Shaheen has recently modernized its fleet with the inclusion of seven Airbus A319,” Halai further added.

With the launch of this new flight, Shaheen has a total of 10 weekly flights between Pakistanand Muscat under its summer schedule. This includes three flights to Lahore, three to Islamabad and one weekly flight each to Sialkot, Peshawar, Multan and Faisalabad.

Having started its operations in 1993 as the first private airline in Pakistan, Shaheen currently operates flights to more than 11 international and 8 domestic destinations. The airline on its 25th anniversary also announced the launch of “Shine Miles”, SAI’s loyalty card, along with its revamped website and web application to enable its flyers with a smoother experience. Shaheen Air is about to introduce the mobile app where in our valued passengers can check flight schedules, book online and view their booking on their mobile device. 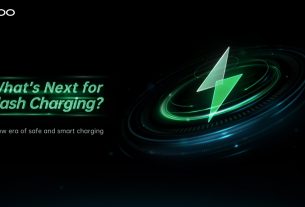 The HUAWEI FreeBuds 4i: High quality sound is just a pair of earphones away