Karachi, March 01, 2018: Shaheen Air International (SAI) has completed its 25 years in the air as first private airline of Pakistan, established in 1993. Marking decades of successful operations the Second National Carrier of Pakistan has announced to launch Ice Hockey in the country for the first time.

Ehsan Sehbai, CEO, SAI stated, “The last 25 years establish another milestone in our journey ahead, we flew well and are set to glide higher in future. Ice Hockey in Pakistan will engrave our name in history of the nation. Sports has always fascinated the youth, and exploring new possibilities in the field can lead towards unimaginable experiences. Shaheen Air plans to bring national & international talent in this venture.”

Hockey being the national sport, always remains close to the nation’s heart. Therefore the sport of ‘Ice Hockey’ can smoothly penetrate in the masses. SAI is currently working on building Ice Hockey academy in Pakistan in a bid to promote participation of youth in the sport. The facilities will be equipped with sports gear and provide trainings on real ice hockey rink to the interested players in the Pakistan.

In the initial stage SAI owned “Shaheen Ice Hockey Team” will compete in the lion city hockey tournament organized in Singapore. This participation will portray a soft and positive image of Pakistan and prove fruitful in populating the sports grounds in the country.

5 Reasons Why Digital Marketing Matters a Lot to Small Businesses 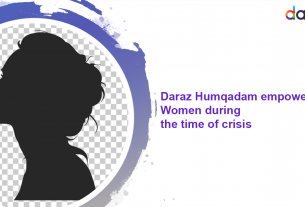 How Daraz is empowering the Women during the time of crisis