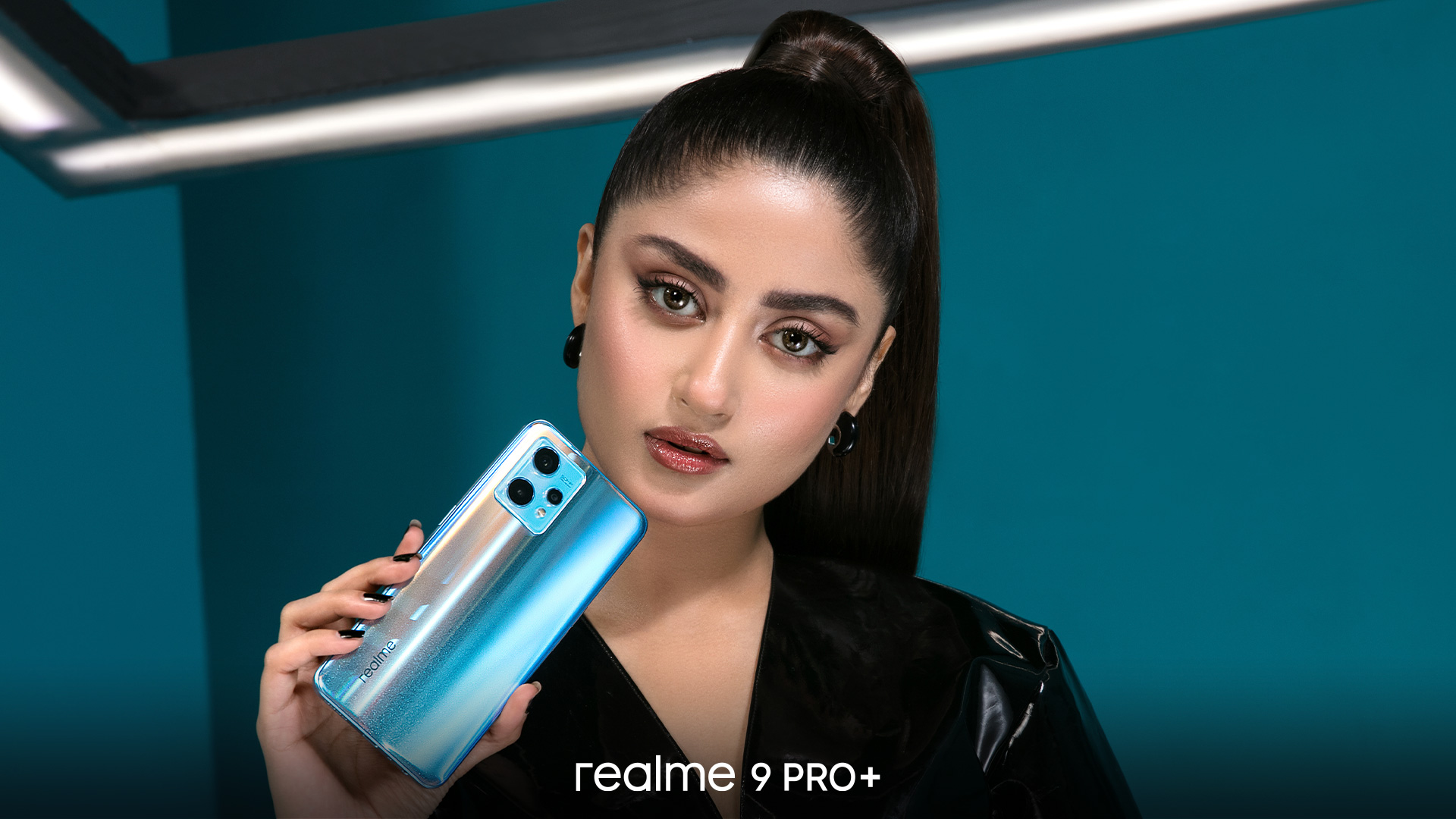 Much like the realme 9 Pro+’s Light Shift Design, Sajal debuts a bold and different look for realme

In order to finally achieve this effect, realme first created the pioneering dual-layer photochromic process. After some creative thinking, an organic composite layer was layered on top which not only guarantees the desired effect but also increases the color rendering rate by 40%. This three layer process creates a shiny, color-rich, rear panel with a vibrant vertical beam that shines from any angle you view it from.

With such a fun and dynamic design concept on the outside one might be tempted to think there isn’t much substance on the inside but the realme 9 Pro+ will surely prove you wrong. Boasting premium features such as a 50MP AI Triple Camera with Sony IMX766 OIS Sensor, MediaTek Dimensity 920 5G chipset, 60W SuperDart Charge, and a colossal 4500mAh battery, the realme 9 Pro+ is coming to give tough competition to the high-end smartphones in the market. So Dare to Leap with realme and Sajal Aly and gear up for the upcoming release of the realme 9 Pro+ which will be available with your local smartphone vendors very soon.