The judiciary of Pakistan is a hierarchical system with two classes of courts: the superior (or higher) judiciary and the subordinate (or lower) judiciary. The superior judiciary is composed of the Supreme Court of Pakistan, the Federal Shariat Court and five High Courts, with the Supreme Court at the apex. There is a High Court for each of the four provinces as well as a High Court for the Islamabad Capital Territory. The nations justice leagues play an important role in the lives of its people and it is eminent that the both the people and government work together to employ a supreme judicious system. The part of a country’s government that is responsible for its legal system, including all the judges in the country’s courts.

The subordinate judiciary consists of civil and criminal district courts, and numerous specialized courts covering banking, insurance, customs and excise, smuggling, drugs, terrorism, taxation, the environment, consumer protection, and corruption. The criminal courts were created under the Criminal Procedure Code 1898 and the civil courts were established by the West Pakistan Civil Court Ordinance 1964. There are also revenue courts that operate under the West Pakistan Land Revenue Act 1967. The government may also set up administrative courts and tribunals for exercising exclusive jurisdiction in specific matters.  It is true that court judges anywhere in the world wield a lot of influence; a few aspects of their lives are not enviable at all. Though perils have loom large on the lives of sitting judges in many countries like Italy, Columbia, India, Iraq and the United States etc, it has certainly been an uphill task to dispense justice in Pakistan.

Norway is the leader in civil justice, ranked number one on the civil justice index. It also ranks among the top 10 countries with the absence of corruption and has an effective government.  The government is open and accountable in Norway. The system in the court functions independently and is devoid of improper influence. However the processing of cases in the court isn’t as fast as in other regions. The perceived problems in the country are discrimination against foreigners and ethnic minorities.

In Pakistan every town and city, there are numerous Civil and Judicial Magistrates’ Courts. A Magistrate with the powers of section 30 of Criminal Procedure Code (Cr.P.C.) has the jurisdiction to hear all criminal matters other than those which carry the death penalty (such as attempted murder, robbery, extortion, etc.), but may only pass a sentence of up to seven years’ imprisonment. If the court thinks accused deserves more punishment than seven years in jail, then it has to refer the matter to a higher court, with its recommendations to that effect. Every Magistrate’s Court is allocated a local jurisdiction, usually encompassing one or more Police Stations in the area. Trial of all non bail able offences, including police remand notices, accused discharges; arrest and search warrants, and bail applications are heard and decided by Magistrate Courts. Most Judicial Magistrates may hear civil suits as well. If they do so, they are usually called a Civil Judge Cum Judicial Magistrate. These Courts are also called as Senior Civil Judge Courts, who are empowered with the power of Judicial Magistrate as well. Regarding addiction of illegal power force to junior police men to make an unsuitable search to depress the low class people who migrated from other districts. Although they are registered by local police station but un-official search visits without warrant claim their corruption of police officers especially at night duty.

The judge is the most important part of the judicial system. We live in a technologically advanced world; the identity of these judges could also be protected by the judges presiding over the cases through a video conference with their identity hidden to everybody involved. We must really stop taking decisions affecting the policies of the state under threats of mob violence. If that is the case then the state must simply wrap itself up and declare a state of nature in the country.

In our system everybody trying his best that decisions should be according to his will. Although he has financial benefits regarding this legal objective which after his will not according to the level of justice and another party feels suffer. Some of days before in court of additional session judge of Lahore, some of advocates during their discussion they tried to force the judge to declare a decision according to them but judge was not agreed according to details of case. Then those advocates start misbehaving and tried to make the comparison about the education level of each other in short they were describing their power of unity. At last judge drop the court room and went to retiring room. The advocates went after him and start quarrelling even start beating with their fist and legs. It was only due to because they were in quantity and there was no police security to stop them. Regarding these circumstances a person is interested to fulfill lawful society matters but in this indecent way he cannot work properly and not to fulfill his duty according to his judgment level. The Chief Justice of Pakistan should maintain standard of present a case in front of judge that should be fully recorded which can provide witness after any bad situation. A law should be maintaining about advocates how to present a case of person at the front of honorable judge. If an advocate do not present according to said standard he should be punished even should fine to present in court. According to me the Chief Justice of Pakistan and Chief Justice of Punjab Syed Mansoor Ali Shah should order to maintain full security in the court rooms to help the judges to work accordingly.

Moreover the chief justice of Lahore high court Justice Mansoor Ali Shah trying his level best to maintain lawful judicial management in Punjab and he expects from the district’s courts of Punjab to fulfill their duties accordingly. In order to curb the rising trend of misbehavior in courts, restore a working relationship between the bar and the bench and establish effective monitoring against untoward incidents in courts, the chief justice constituted a ‘disciplinary committee’ comprising himself and six other judges of the high court to exercise powers under the Legal Practitioners and Bar Councils Act, 1973. Expressing concern over the protection of women judge’s rights in lower courts and hostile environment they faced at the hands of lawyers and others, the chief justice for the first time in the high court’s history constituted a Judicial Officers Supervisory Committee to look into the issues relating to women judicial officers. He takes keen interest in judicial and administrative reforms and has spearheaded case management and court automation systems at the Lahore High Court and in the District Judiciary in Punjab. The Honorable Chief Justice has also re-constituted the District Judiciary Advisory Committee relating to issues of the District Judiciary. He has also helped re-engineer Punjab Judicial Academy in order to improve judicial training and capacity building for the judiciary and the ministerial staff. These efforts will affect positively upon judiciary, no doubt it will bring fruitful result among the suffered people and the peaceful future of Pakistan.

With the reforms of Syed Mansoor Ali Shah Honorable Chief Justice, the system of judiciary has come into a pace in working well.  So we can say that Lahore High Court has taken strong steps to improve and maintain the security of all Judges in Punjab Province. So the services of honorable Chief Justice regarding the security issues of judiciary are the highly appreciate able which taken first time in the history of Pakistan judicial system. These types of honest and focused workings from the superior judiciary are very important and valuable for peaceful environment for the peaceful country. (The writer is chairman Pakistan columnist council) 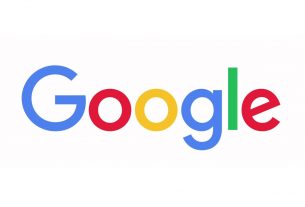 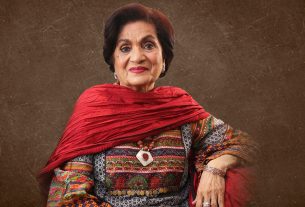