PIA is ready to implement the first phase of latest business plan, V1 as its called after the V1 Velocity that an aircraft achieves on the runway before committing to fly, to turn around the company in 18 months. As per the latest Business Plan the airline is geared to achieve profitability by 2022, if not earlier.

V1 is the speed at which the aircrafts reaches and the pilot commits to fly! It is the momentum just before taking off. Very aptly, this is the name of the first phase of the actions towards the Big Change.

While introducing the V1 initiative, Dr. Musharaff RasoolCyan, CEO PIA said that “I see PIA dominating the skies again! I see it clearly and I see it surely! And my confidence comes not from things we promise but things we have already delivered and are every day accomplishing to bring a positive change.” He further stated that “the engines are revved and weare on the runway and well on our way to gain maximumspeed to take off. We are committed to fly to great heights,” remarked Dr Cyan, as he introduced the V1 initiative.

Understanding the importance of making changes in the shortest time, the V1 initiative outlines a roadmap to ensure immediate drastic improvements in services. Over 40% of the activities have already been rolled out. The activities include cabin look enhancement; ground staff customer services and cabin crew refresher training; IT transformation for improved customer touch points and ease in interacting with PIA; focus on direct selling channels; new uniform for ground staff; new revenue accounting systems; Rebranding of PIA and increased digital footprint of PIA; and formulation of controls for revenue leakages.

The operating reports from last couple of months confirm PIA’s upward trajectory. The strength of the business plan can be seen in the positive results seen as sales rose by 29% since the month of October 2017, and growing every day. To date PIA has rolled out 7 refurbished aircrafts. Customer Service touch points is also seeing improvements and increased engagement and interaction is being observed through SMS, Call Centre, App and Social Media Platforms. Rebranding of the aircrafts, the flying global billboards, is also underway with new fresher look and feel, contemporary but tied to our rich legacy and lineage.

With a 67% and growing market share in the domestic market, Pakistan International Airlines, is already the national market leader, carrying millions of passengers over largest domestic network, covering all parts of the country. Now the aim is to gain glory on the international realm. In this endeavour a clear roadmap till 2022 has been outlined in the recently launched Business Plan. With a turnaround of the airline promised in 18 months, work is in full gear to achieve the goals.

Using the same customer centricity inspired “Glocal” approach; PIA is changing its business practices and has set clear set of targets till 2022: Increase the fleet from 36 to 43; Increase the revenue by almost 100%; move from an operating loss to an operating profit of 6 Billion; and increase direct networking points from 50 to 57 and virtual network to over 100. PIA also has set itself a new vision, a truly global profitable airline while being the pride of Pakistan, with customer centricity and excellence in everything as the guiding principles.

A nationwide survey was conducted to gauge the need of the travellers. The results of the survey were then transformed into actionable points, almost of all of which now are part of PIA’s V1 initiatives.

The initiatives taken are already getting noticed internationally and are getting the accolades. PIA is spreading its wings once again to soar high in this world like it has never before. 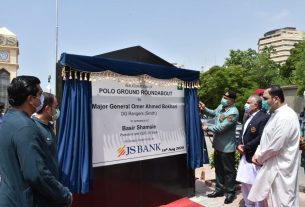