PepsiCo has taken steps, globally, to embed these goals in their business and has made significant progress towards achieving them. Most notably, in 2017, 27.5% of the company’s net revenue came from their Everyday Nutrition portfolio. Approximately 16 million people were provided access to safe water since 2006 and 6.4 million women and girls benefited in communities around the world near where the company works.

In Pakistan, PepsiCo considers sustainability to be at the heart of its operations. PepsiCo Pakistan’s agriculture and operations teams helped conserve over 1 billion liters of water in 2017 through sustainable farming practices. This number is expected to double by the end of 2018. Similarly, wastewater and air emissions have consistently met stringent standards. The use of alternative energy will expand from the current capacity of 40 KW to 370 KW by the end of 2018.

On the human development front, PepsiCo became the first multinational in Pakistan to sign the Women Empowerment Principles. At their snacks manufacturing facility, PepsiCo has increased front line female talent workforce by three fold. The company has also continued their mission of empowering young girls, by mentoring hundreds of female students at Care Foundation-adopted schools. 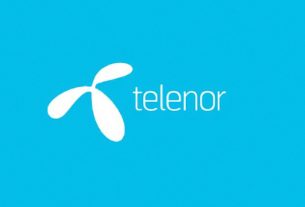