Make the Future Singapore, a free festival of bright energy ideas and innovations for Asia, will take place at Singapore’s Changi Exhibition Centre from March 8 to 11, 2018. Returning to Singapore for a second year, the public festival will be a platform for conversation, collaboration and innovation around the global energy challenge: how to generate more energy, while producing less CO2 emissions.

At Make the Future Singapore, virtual reality and hands-on experiences will take visitors on a journey to explore bright ideas from around Asia, see what is happening now to power our world and get a glimpse of what the future of energy might look like. They will be able to discover what it’s like to generate electrical energy by dancing, play interactive games, build and race mini saltwater cars, and meet young scientists and energy start-ups.

Headlining the festival is Shell Eco-marathon Asia, where over 120 student teams from 18 countries across Asia Pacific and the Middle East will put their self-built energy-efficient cars to the test. One of the world’s longest-running student competitions, Shell Eco-marathon is a global programme that challenges bright student minds to design and build ultra-energy-efficient cars, and then put them to the test in competition.

Pakistan will again be participating in Shell Eco-marathon Asia, with a contingent of 10 futuristic cars from 07 universities competing to be the most energy-efficient. Some of the teams participating are:

Shell Eco-marathon Asia will include two key competitions this year. The longest running competition is the Mileage Challenge where teams compete to travel the farthest on the least amount of fuel. In 2017, the winning team of the Asian leg was efficient enough to travel 2,289 kilometres – the distance from Singapore to Chiang Mai, Thailand –on just one litre of fuel!

The second Shell Eco-marathon competition to take place this year in Singapore is Drivers’ World Championship Asia. Introduced to the Shell Eco-marathon programme in 2016, Drivers’ World Championship challenges the best Urban Concept teams to combine the proven energy efficiency of their car with the speed and skill of their driver, in a race to see who can cross the finish line first on the least amount of fuel.

For the first time, Shell Eco-marathon Asia will welcome entrants from Kazakhstan, which will be represented by two universities. Students from Kazakhstan National Technical University will compete with a unique ethanol-powered car designed to perform under extreme weather and temperature conditions, mirroring Kazakhstan’s diverse climate which ranges from -40C in winter to +40C in summer. 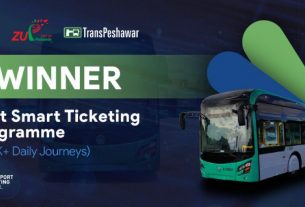 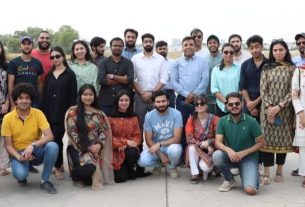 Emirates Touches down in Mexico City