As a part of the festival premieres of Lala Begum, animated movie Tick Tock and Song of Scorpians were held at the Nueplex cinema. Lala Begum is directed by Mehreen Jabbar with Marina Khan, Humayun Saeed, Shehryar Zaidi as the lead cast.  The song of Scorpians is directed by Anup Singh with Golshifteh Farahani, Irfan Khan, Waheeda Rehman as the lead cast.

The four-day event is supported by the Cultural Department of Sindh Government and Ministry of Information of the Federal Government of Pakistan, HUM TV, Nueplex Cinemas and Dawn Media Group. Commercial partners are Unilever and Khaadi. 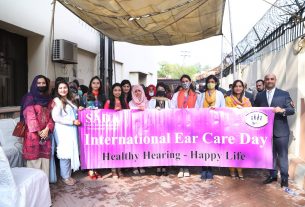