OPPO’s first-ever INtertainment nights wrapped up after a week of hosting a music retreat for people of the country. The amalgamation of beautiful tracks specially curated for the hour excited viewers made them tap their feet to the rhythms of the music. The star-studded music fiesta began on the 19th April and ended on 22nd April on OPPO’s official Facebook Page and it took the social media by storm.

The iconic and talented artist line up included Bilal Saeed, Shamoon Ismail, Ali Hamza, and AsimAzhar, who went live through OPPO Reno3 Pro. The jampacked smartphone with amazing features has perfect visibility and audio, which made the viewers feel like the artists were performing right in front of them.

Bilal Saeed’s live performance took Pakistani’s social media by storm and it marked the perfect start to the musical fiesta. Shamoon Ismail added to the INtertainment bandwagon with his mesmerizing romantic beats. Ali Hamza took the live music nights to a whole new level by making people dive into the nostalgic lane of memories. The grand performance by the heartthrob AsimAzhar marked the perfect finish to a series of concerts the Pakistanis will never forget.

The euphoria of live concerts was enjoyed by millions, and the artists took requests from the audience, comfortably enjoying music in their homes. The OPPO INtertainment Nights were a blessing in disguise for people. It added a little fun and positivity to their boring quarantine time. 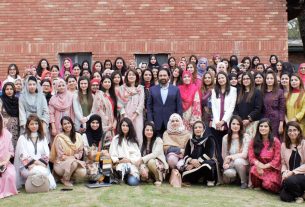 Philip Morris (Pakistan) Limited closes one of its manufacturing facility