The two minute twelve second trailer reveals the seasoned actor Javed Sheikh as the Djinn Dawarka Parsad followed by a whirlwind ride of Tipu’s worldplayed by the heart throb Sheheryar Munawar. Tipu is anintrovert by nature, aninexperienced young man who is very hesitant when it comes to approaching women. He is always struggling to find love, but has big dreams of finding the one true love of his life and turning into the star he has always wanted to be. Hence begins his pursuit for love and his voyage in #7DMIcomplete with hilarious situations and lots of music and dance.

The trailer launch event for #7DMIwas attended by the movie’s cast along with some of the leading names from the industry including Asim Raza, Sohail Javed, Urwa Hocane, Komal Rizvi, Yasir Nawaz, Ali Kazmi and comedian Faiza Samee amongst others. Directed by the acclaimed duo Meenu and Farjad, this genre-defying, heartwarmingurban fairy tale will captivate audiences everywhere with its release on Eid Ul Fitr.

The trailer can be viewed at: https://www.youtube.com/watch?v=3Qa_DNWlYlA 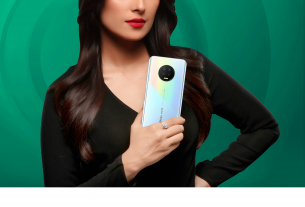