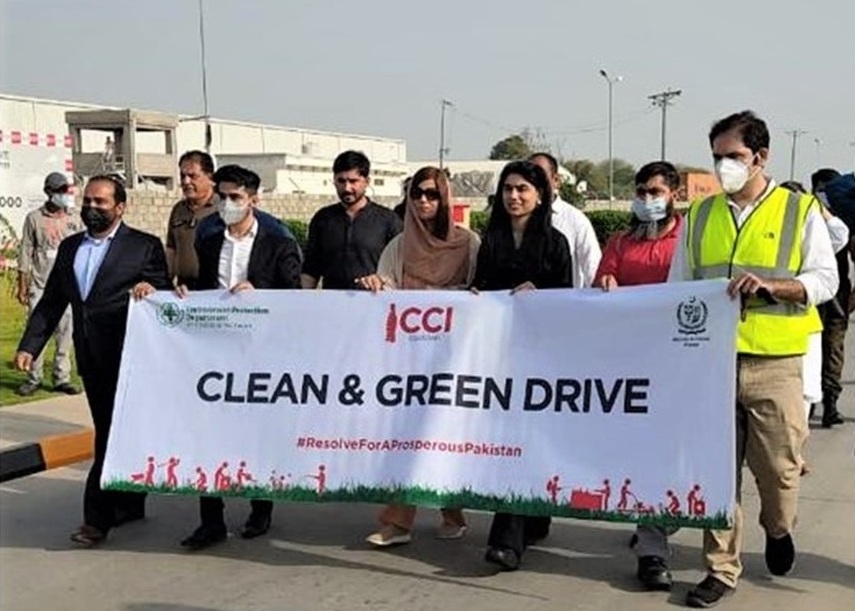 In the presence of Minister of State for Climate Change, Zartaj Gul, Coca-Cola Beverages Pakistan Limited (CCI Pakistan)inaugurated its ’Clean and Green’ drive 2021 at its production facility in Faisalabad. As per a MoU signed earlier in the year between both entities, CCI Pakistan had pledged to plant 50,000 tree saplings across the major cities of Pakistan, out of which more than 10,000 saplings were donated during this first drive event. The event was attended by other high ranking government officials and senior members of CCI Pakistan’s team.

The tree saplings consistingof Malta, Arjun, and Olive fruit varieties were handed over to the Ministry of Climate Change for plantation in Faisalabad by the senior members of CCI Pakistan team. Appreciating the initiative, Zartaj Gul,Minister of State for Climate Change stated, “The ‘Clean and Green’ drive initiated by CCIPakistan is an extension of Prime Minister Imran Khan’s vision of a greener Pakistan.In order to achieve this vision, every citizen of Pakistan must play its role. By honoring its commitment to plant 50,000 trees across Pakistan, CCI Pakistan has proved itself to be a responsible corporate citizen.”

Speaking about theoccasion, Ahmet Kursad Ertin, General Manager at CCI Pakistan said, “CCI Pakistan is a socially responsible and environmentally conscious corporate citizen of Pakistan. We feel it our social responsibility to help restore the natural biodiversity, as this is the only way to counter the catastrophic challenges of climate change faced by Pakistan.”

The event concluded with a tour of CCI’s state-of-the-art production facility, and the reiteration by the company to fulfill its social pledge of protecting the environment through contribution to the government’s efforts of building a clean and green Pakistan.

One in Two* People Choose HUAWEI Y9 Prime 2019 in Pakistan