Pakistan’s leading independent publishing house, Markings Publishing’s latest title ‘Pakistan Heritage Cuisine – A Food Story’authored by SayeedaLegharihas been nominated at the prestigious International Gourmand Awards 2018. The book has been nominated in two categories: ‘Asian – Published in Asia’ and ‘Culinary Heritage’. Indeed, it’s the only book from Pakistan to be nominated at the International Gourmand Awards this 2018. Markings won their first Gourmand Award for the title ‘Deliciously Yours’ by LalMajid, in the “Best Pastry Sweets Cookbook” in 2014 which was followed by another Gourmand Award by the Gourmand World Cookbook Award committee in the “Cookbook For Peace: India-Pakistan” category for the Hindi-Urdu, Pakistan-India collaborative cook book, ‘Zaiqay Frontier Kay – Dera Ismail Khan Kay Bhulay Bisray Pakwan’ in 2015.

Speaking about the nomination, Kiran Aman, CEO of Markings has said, “Being nominated three times for the Gourmand Awards is an honor. I am so proud and so happy. Winning the first two times was an amazing experience for Markings Publishing, and an occasion of real pride for our work in Pakistan to be recognized on such a prestigious global platform. To win the award for a heritage food title will I hope further put Pakistani Cuisine on the world culinary map.”

Launched in November 2017, ‘Pakistan Heritage Cuisine – A Food Story’ explores how the cuisine of a country is intricately woven into its fabric and is shaped by the history and characteristics of the region and its people. Traditions and cultures overlap in the subcontinent, which is a region of shared history. In this book, Leghari has tried to give readers an insight into the incredible journey of Pakistani cuisine, its grandeur as well as its simplicity, its finesse as well as its ruggedness and the historical influences that have shaped it.

Indeed this is Leghari’s first published title as an author. Leghari’s desire to give back to Pakistan and her love for national food prompted her to introduce the world to the country’s rich, diverse culture through food, and the pride with which she takes in her culinary heritage. Leghari has traced back the origin and myths attached to some dishes enjoyed by most Pakistanis, with the hope that the insight given will be enjoyed by the reader as well. All proceeds from the book sales are being donated to the Child Aid Association in Pakistan.

“I decided to document Pakistan through a book depicting its rich heritage and culture to highlight the flavours and taste that keep us in unison. Our geographical boundaries may have divided the sub-continent into separate countries, but we will always remain tied by our heritage, food, and culture. A nomination at the Gourmad Awards for Pakistan is an absolute honour” said SayeedaLeghari on the nomination of her first published title.

Inspired by Olympics’ cultural spirit, the Gourmand World Cookbook Awards were founded in 1995 by Edouard Cointreau and endeavour to recognize and honour the best authors, publishers, food writers and all those who “cook with words”. The annual Awards have established themselves as the premier cookbook recognition authority and are widely regarded by international journalists as the “Oscars” of the Cookbook Awards. Indeed, the growing number of countries, from 136 in 2009 to 215 in 2018, that participate in the program is indicative of the Awards growing stature and prestige. Gourmand International believes that Food Culture is now taken very seriously by most governments and individuals. Food is at the heart of the issues of our future, collectively and individually. Trends in Food and Drinks culture are now global, everywhere in the world, as reflected in the finalists for 2018.

The Best in the World will be announced at the annual International Gourmand Awards on 27th May, 2018 in Yantai, China – the food capital of Shandong province in China. 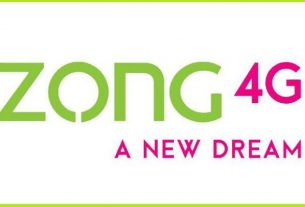 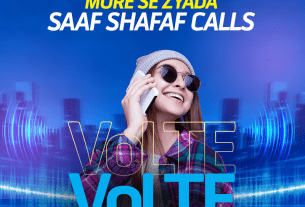