Karachi (December 19, 2017): LRBT, the largest eye care network in the world working since 1985, held its first charity golf tournament recently held at Karachi Golf Club. 21 teams were playing for LRBT’s mission of fighting blindness in Pakistan by giving the gift of sight to the poor. The event was one of its kind and each element starting from the guests welcome area, the décor and the flawless execution of the tournament and ceremony has set new standards. The prizes were given to the winning teams & individuals by Mr. Ghias Khan, President Engro Corp, Mr. Hussain Abdullah Haroon, Vice President Karachi Golf Club and Mr. Najmus Saquib Hameed, Chairman LRBT. The wining team was from Jubilee Insurance and comprised of Mr. Tabish Sabah, Mr. Zubair Khan, Mr. Ali Nadeem and Mr. Naazer Minhas. The runners up were a teenage team from Engro consisting of Daniyal Khan, Samir Feria, Sameer Sayeed and Omar Khalid. The Longest Drive was won by Dr. Asif Arian & Closest to the Pin by Mr. Shujjauddin Sheikh. Engro was the title sponsor of the tournament.

Speaking at the ceremony Mr. Hameed thanked the sponsors and partners who supported LRBT in putting up such a great event and also shared the news of LRBT reaching another milestone of treating its 37th million patient Maryam, a 6 year old little girl from Malir. 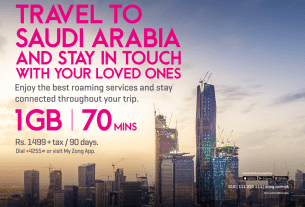