First-half 2018 sales and operating profits were at all-time record highs. Revenues increased 3.2 percent from the 2017 first half to KRW 30.14 trillion (USD 28 billion) and operating income rose 18.5 percent to KRW 1.88 trillion (USD 1.7 billion). In light of uncertainties surrounding market conditions, competition and the international trade landscape going forward, LG enters the second half with an intense focus on cost competitiveness and profitable growth.

The LG Mobile Communications Company recorded sales of KRW 207.2 billion (USD 192.2 million) and an operating loss of KRW 185.4 billion (USD 171.95million). Quarterly sales declined from last year due to the slowing growth of the global smartphone market and a decline in mid- to low-end smartphone sales in Latin America. The second-quarter operating loss was largely due to contracting sales and increased marketing investments to support new flagship smartphone launches. With competition in the premium smartphone category expected to intensify and growth to remain stagnant in the second half, the company will seek to further improve its business structure and increase sales of the new premium LG G7ThinQ and LG V35ThinQ flagship smartphones in key markets around the world.

The LG Vehicle Components Company posted sales of KRW 872.8 billion (USD 809.5 million) and an operating loss of KRW 32.5 billion (USD 30.14 million). Sales increased 3.9 percent from the second quarter last year as mass production on new projects commenced. The quarterly operating loss reflects increases in raw material prices such as memory and additional resource requirements for new projects. Uncertainties in the global auto industry and in U.S. trade policy will continue to challenge the business unit over the course of the year, although the expected growth of connected and electric vehicles is promising for LG Vehicle Components in the longer term.

LG Electronics’ unaudited quarterly earnings results are based on IFRS (International Financial Reporting Standards) for the three-month period ending June 30, 2018. Amounts in Korean won (KRW) are translated into U.S. dollars (USD) at the average rate of the three-month period of the corresponding quarter — KRW 1,078.20per USD.

LG Electronics will hold an English language conference call on July 27, 2018 at 09:00 Korea Standard Time(12:00 GMT/UTC). Participants for the English conference call are instructed to call +82 31 810 3061 and enter the passcode 9084#. The corresponding presentation file will be available for download at the LG Electronics website (www.lg.com/global/ir/reports/earning-release.jsp) at approximately 16:00 on July 26, 2018. Visit http://pin.teletogether.com/eng and pre-register with the passcode provided. For those unable to participate, an audio recording of the news conference will be available for a period of 30 days after the conclusion of the call. To access the recording, dial +82 31 931 3100 and enter the passcode 142910# when prompted. 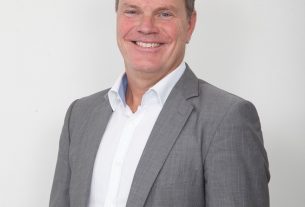 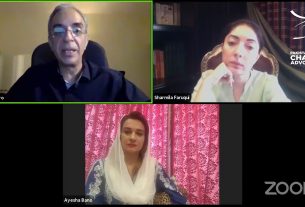