Khaadi, Pakistan’s premier fashion brand announced that it will donate rupees 30 million for the DiamerBasha and Mohmand Dam Fund. The announcement was made during a fund raising ceremony at the Governor House Karachi as part of Prime Minister, Imran Khan’s scheduled visit. The donation amount was revealed following the August 14th pledge of Khaadi’s contributing its Independence Day proceeds to a national cause.

“We had said that have no right on the money earned on August 14th as it belongs to our homeland,” said Shamoon Sultan, Founder and CEO of Khaadi, “Today we donated 30million rupees as a reflection of our commitment.”

Building on last year’s #MainBhiPakistanHoon tagline which celebrated all-inclusiveness across Pakistan, the brand focused this year’s Independence Day Campaign on giving back to Pakistan, thus changing the hashtag to #HumBhiPakistanHain. Through a nationwide poll that crowd sourced suggestions, customers had the autonomy to choose from 5 sectors vital for national development, namely; water, health, education, sanitation, and environment. Results revealed water to be a sector of utmost importance, given the alarming situation the country is facing, pertaining to this scarce resource. 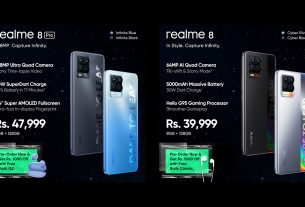