Young singer/songwriter Jibran Raheel is set to introduce his work to Pakistani audiences with the release of his debut single Jhoota Pyar,on 2nd November 2018.

Raheel started exploring his talent at the tender age of 10 and participated ina diversity of music shows in Pakistan and in UAE. In 2012 he won the best singer award in UAE from the music maestro A.R. Rehman himself at the ‘Sing like a Star’ contest and performed with him live at Dubai International Stadium. Since then Jibran Raheel has also performed with renowned music directors Shankar Ehsan Loy at another concert in Abu Dhabi National Auditorium organized by City FM 101.6 and received a trophy from Rajesh Roshan for the Andaz-e-Rafi competition.

A story about friendship, love and betrayal, Jhoota Pyar is about two lovers at different statesin their relationship. The lyrics are a classic dramatization of betrayal, desire and anguish faced by two people in love. 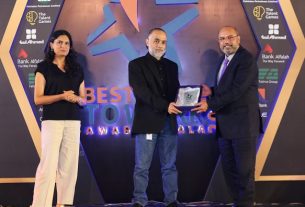