Following the heated rumours about Infinix’s latest upcoming product, the Infinix S3X,and its much awaited launch this year in August, new rumours have surfaced about a possible exciting collaboration between the smartphone giant Infinix and the much beloved Pakistani PSL Frenchie’s Multan Sultans.

Infinix has always been known for being the smartphone brand for the youth and that has been the key to its success as well. That makes these rumours likely to be true as well considering the undeniable love for cricket in Pakistan’s youth. Teaming up with Multan Sultans specifically would make this that much more exciting seeing as they are one of the most beloved cricket teams in Pakistan with nearly 870,000 likes on Facebook at present.

Rumours indicate that this collaboration will be on Infinix’s highly anticipated upcoming smartphone, the Infinix S3X which has already caused quite a stir in the smartphone industry with its rumoured notch screen, dual cameras, and AI powered selfies. It is expected that if this is true then the details about this collaboration will revealed at the S3X’s unveiling at Infinix Press Event in Pakistan in August, already they have started sending invites.

Not only will it be a much anticipated event for smartphones lovers all over Pakistan but also cricket lovers and Multan Sultans fans. Infinix has always lived up to its image of being a premium, high-tech smartphone that caters to the youth and we hope it will continue to do so with the S3X and this collaboration. 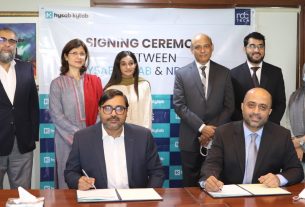