GREE Electric is a leading enterprise in air-conditioning technologies and other innovative appliances, which has recently stood out from numerous world-famous air conditioning brands to become the sole supplier of the main air conditioning unit for all terminals and supporting services of Beijing’s new airport.Winning these large-scale, infrastructural contracts reflects the technical expertise, managerial acumen and trust earned by GREE as a leading organization in the HVAC industry. Beijing Daxing International Airport is one of the “seven wonders of the modern world near completion. The list was made to pay tribute to the world’s greatest mega-structures in modern times, and Beijing’s Daxing airport, set to be the world’s largest, was ranked first on the list.

Located in Daxing District of Beijing and Lang fang City of Hebei province, Beijing’s new airport will be an all-inclusive transportation hub for international flights. According to the plan, 79.98 billion Yuan is to be invested for the project and 7 airstrips will be constructed to meet the annual passenger demand of a 100 million travelers.The project includes two Gree “world leading” achievements: High-Efficiency Permanent-Magnet Synchronous Inverter Centrifugal Ice-Storage and Refrigerating Unit and Permanent-Magnet Synchronous Inverter Centrifugal Chiller. Total unit capacity is up to 29,800RT, which has achieved a qualitative breakthrough in energy conservation and reliability.The units adopt the High-Speed Permanent-Magnet Synchronous Direct-Driven Motor with Two-Stage Impeller Inverter Drive technology, thus cooling is faster and more efficient, and energy conservation effect is 40% higher than a common centrifugal chiller.

GREE Electric stated that: “It is a matter of great pride and pleasure for GREE to win the trust of revolutionary infrastructural projects like the new Beijing airport. We have pledged to deliver the latest air-conditioning technologies, toensure much faster cooling and safer ventilation. We are committed to providing more durable, products and cooling systems that promise long-term economy and unmatched performance in all kinds of – commercial, residential and public-infrastructure buildings.” 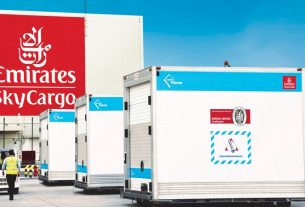