LAHORE, 24th JAN 2018: FINCA Micro finance Bank Ltd, one of the leading micro finance banks in Pakistan, celebrated its 10th anniversary in Pakistan. The celebrations kicked off with an exclusive and colourful event in Lahore.

At the event, FINCA reaffirmed its resolution to become a leading force to bring financial inclusion to Pakistan. The event was attended by the FINCA BOD, management, staff, and its top management from the global FINCA network. An award ceremony celebrated and appreciated the hard work and dedication of the FINCA team during 2017 too.

Rupert W. Scofield, Co-founder of FINCA and President FINCA International, congratulated FINCA Pakistan on completing 10 years of operations in the country. He shared a heart-warming anecdote of the period during which FINCA made the decision to enter the Pakistan market, and talked of his pride at the performance of the organization since then.

MD of Kashf Foundation & Board Member of FINCA Pakistan, Roshaneh Zafar talked of her ever-lasting association with the FINCA brand in Pakistan. She cherished the relationship as an important underpinning of her work in the microfinance industry, from the organization’s founding as Kashf Microfinance Bank in 2008, its acquisition by FINCA in 2013 to its eventual completion of the 10th year of successful operations. She wished the organization continued success and reiterated her commitment to contribute to the organization’s future through her duties on the FINCA Pakistan’s Board of Directors.

Zar Wardak, VP & Regional Director MESA and Chair of FINCA Pakistan’s Board, thanked her fellow Board Members for overseeing with her the remarkable journey of FINCA Pakistan. She remarked that the progress of FINCA Pakistan in outreach, women empowerment, network expansion and introduction of its digital wallet SimSim.

Speaking on achieving the 10 year milestone, Mr. Mudassar Aqil, CEO FINCA Microfinance Bank said, “This 10 year success is a testament of FINCA’s motivation to provide secure and impactful monetary services to empower the deserving small entrepreneurs of Pakistan. Since our inception, we have provided over $511 million in credit to 630,000 micro entrepreneurs, growing their businesses, creating new jobs and improving living standards. In the years to come, FINCA will continue to play a role in improving access to financial services for MSMEs, which is the engine of Pakistan’s economy.”

He further added that it is FINCA’s mission to eliminate poverty by providing long term solutions that help people establish their assets, create employments, and improve their standard of living.

The grand event, apart from celebrating a decade in Pakistan, was also aimed at commemorating the financial and social performance goals that FINCA surpassed in 2017.

The event activities reaffirmed FINCA’s pride in being an early adopter of technology in Pakistan, and its initiatives enable it to leverage data to understand customer needs, enhance customer experience, and scale its rapidly growing digital financial services platform, SimSim M-Wallet. The event concluded with a sumptuous dinner and a beautiful musical performance by the Girls Band followed by upbeat music by Sahara UK. 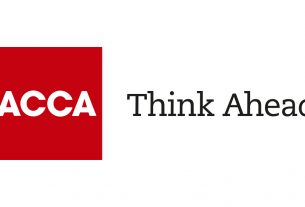 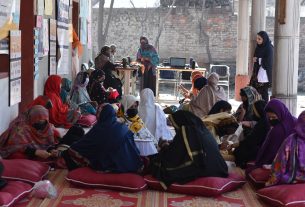