Islamabad, 9 February 2018 – Engro came on board as the official sponsor of Quetta Gladiators – a franchise of the Pakistan Super League (PSL) for PSL Season 3. Engro – regarded widely as one of the largest conglomerates of Pakistan – sponsored the franchise as a conglomerate of multiple brands and entities including Olper’s (the flagship brand of its subsidiary Engro Foods), Engro Fertilizers, Engro Energy, Engro Foundation, Engro Polymer and Chemicals and other Engro entities. These brands will be prominently featured as part of the Quetta Gladiator’s team kit among other elements throughout the year.

The Pakistan Super League has grown in outreach, size and stature in the first two seasons, allowing brands and corporations space and time to strategize, activate and market their respective messages and products.

Speaking at the occasion of the official announcement, Ghias Khan, President of Engro Corporation said, ‘With over a hundred million viewers worldwide and a galaxy of national and international stars The Pakistan Super League is the crown jewel of Pakistani Sport which is why we are very excited to announce our association as official team sponsor of Quetta Gladiators. Quetta Gladiators has consistently been one of the most exciting teams to watch in the PSL. They share our passion for winning and our love for putting the country on the map for the right reasons.”

Adding to his thoughts, Quetta’s owner Nadeem Omar said, ‘Engro and Quetta Gladiators are starting this relationship with the hope to capitalize on the true value of franchising in cricket. The franchise, and the game in general, need the support of corporations and sponsoring partners to grow and become self-sustaining entities. We are beginning an exciting journey with Engro and are hoping to elevate the game’s reach and stature in Pakistan with their support. Beyond conventional sports sponsorship, their arm of support allows us to execute ideas that bridge the gap between cricket and the masses. This also was a founding goal of initiating the PSL and for us to invest in the league.’

Quetta Gladiators is a Pakistan Super League (PSL) franchise owned by Omar Associates. The franchise is captained by Sarfaraz Ahmed, who is also the captain of the Pakistan National Cricket Team with former Captain Moin Khan as the head coach and Sir Vivian Richards as the franchise’s mentor. The team finished as runners up in both the first two seasons of the Pakistan Super League. The team also has Kevin Pietersen as their icon player and former Australian all-rounder Shane Watson on its roster. 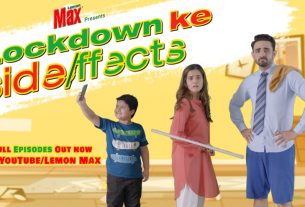 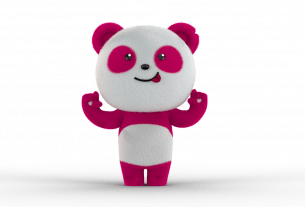 Pau-Pau will be introduced across all foodpanda touchpoints — from the app, digital and social media, as well as out-of-home activations.

Redmi 5+ to Exclusively Launch on Daraz