Eighteen – Pakistan’s most luxurious and modern, mixed use, residential project in an aim to further enhance its foothold within the country’s real estate industry, launched its operations in the third-most populous city in Pakistan – Faisalabad, through an intriguing launch event which was organized to engage the locals of the city of Faisalabad.

The event was attended by renowned corporates, industrialists and leading businessmen of Faisalabad who showed keen interest towards the architectural model of luxurious villas and the master plan of the project. The guests were briefed on the future programs of Eighteen and the complete product line that they could invest in.

Faisalabad is approximately 250 kilometers away from the Federal Capital and its residents have shown considerable interest in the Real Estate Developments of Islamabad. The introduction of Eighteen, sits as an opportunity for the residents of Faisalabad to invest in the picturesque and beautiful landscapes of Islamabad.

Mr. Ali Abdel Ghaffar, Chief Commercial Officer Eighteen, said, “We are extremely delighted to bring international standards of living for the people of Faisalabad. The city which has been referred to as the “Manchester of Pakistan” due to its large contribution towards the country’s GDP, will surely pave the way for the locals to invest in one of the finest residential projects on offer.”

Speaking about the distinguishing factors that separate Eighteen from other real estate projects in the country, he said, “All the villas and apartments have been designed exclusively in view of the modern ideology of people, and we have tried to add in every bit of this thought process into bringing the dream residential project into reality.” he added.

Eighteen, is ten minutes away from the new Islamabad International Airport and is the ideal development for local and overseas Pakistanis who enjoy luxury living and state of the art amenities.  Eighteen will be the benchmark for all future real estate projects in Pakistan 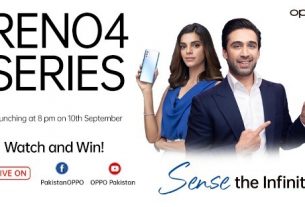 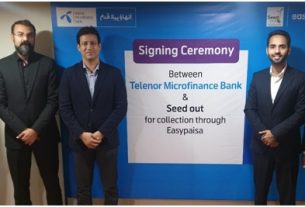 Easypaisa partners with Seed Out to Digitize Payment Collection