In line with ‘Dawlance for Humanity’ initiative, Pakistan’s leading home appliances brand is all set to support the young and ambitious mountaineer Selena Khawaja, a 12-year-old girl hailing from Abbottabad, as she gears up to scale the ‘Broad Peak Summit’ under the guidance of her father Yousuf Khawaja and mentorship of her mountaineering idol Vanessa O’Brien. Known locally as the ‘Mountaineering princess of Pakistan’, Selena has already set her eyes on scaling Mount Everest next year to become the youngest ever to summit the highest peak of the world.

Speaking on the occasion, Umar Ahsan Khan, Chief Executive Officer Dawlance stated: “Dawlance stands behind Selena in her vision of keeping the environment clean and green. She has been a strong advocate of environment sustainability which aligns with the sustainability goals of Dawlance. We wish her the very best in her journey”.

Selena Khawaja comes from a humble family but has the aspirations and the talent to scale the largest peaks in the world. She has several world records to her credit. Acknowledging the goals that she has achieved so far, Dawlance came forward to sponsor her ‘Broad Peak Summit’ under its ‘Dawlance for Humanity’ initiative. The company aims to reduce the carbon emissions to make the environment more sustainable to ensure that the tourists get the best tourism experience in Pakistan.

Broad Peak is the world’s 12th and Pakistan’s 4th highest mountain at 8,047 meters above sea level, which is located next to K2 and Gasherbrum peaks in the Karakoram region of Pakistan. Dawlance is hopeful that young Selena will not only achieve her goal but also make the whole nation proud in the process. 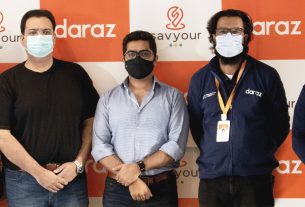