Coke Studio proudly released the sixth episode from its landmark Season 11titled ‘ZAMANA’ featuring“Ilallah” by Sounds of Kolachi, “HawaHawa” by Hasan Jahangir and Gul Panrra and“TereLiye” by Ali Azmat, RiazQadri and Ghulam Qadri.Produced by ZohaibKazi and Ali Hamza, episode sixth of Coke Studio’s eleventh chapter will be aired on all major television channels, radio stations and will be available online at www.cokestudio.com.pk.

A Sounds of Kolachi presentation, “Ilallah”is a progressive expression on the journey of self-exploration. It is a lyrical poem which conditions its listeners to explore the existence of divine forces. “Ilallah’s”musical arrangement is representative of the variety that Sounds of Kolachi is acclaimed for. It follows an orchestral build up with a fusion of Eastern ragas and western harmonies. The choir and the instruments are constantly exploring the harmonic aspects within a raga, giving it a sound of gospel style tonality at times. When the electric Sitar takes the center stage, “Ilallah” delves into the progressive rock genre. In its entirety, the track is reflective of an epiphany, a sensation that Sounds of Kolachi passes on to their audience ever so effortlessly.

Knocking on nostalgia’s door, the popular Pakistani-pop track“HawaHawa” is back! With the power-pop luminary Hassan Jahangir and Gul Panrra’s melodic precision, “HawaHawa”is an experimental delight. Hassan Jahangir was first introduced to this age-old folk tune by his grandmother, which later went on to inspire the groovy version that dominated the 80’s South-Asian music scene. The percussion-driven Balochi Lewa beat adds a ceaseless rush of endorphins to this cheerful melody.With the charismatic on-stage presence, sing-along composition and the alternative groove, “HawaHawa”is all set to get the audience dancing on their feet.

“TereLiye” is a kaleidoscopic composition and a splendid union of contrasting genres. Born out of an impromptu jam session, “TereLiye” creates a relaxed musical ambience as Ali Azmat sings the blues-dipped track while RiazQadri and Ghulam Ali Qadri add flavour with their signature vocal delivery. The song kicks off with RiazQadri’s pristine Sindhi-BharviRaag followed by the reggae-like drum groove that sustains throughout the piece. The two-step country beat welcomes us with the catchy chorus line which progresses to dancing tempos, classic Strat guitar solo and the lively shakes of tambourine as the experimental music piece closes seamlessly.

For more information, keep yourself logged on to www.cokestudio.com.pk or facebook.com/cokestudio, and look for the hashtag #CokeStudio11 to follow the Coke Studio journey. 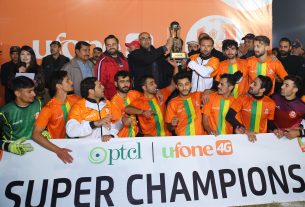