Coca-Cola has partnered with Rotary Pakistan National PolioPlus Committee, and UNDP as administrative partner, for the project ‘Zindagi’ – meaning life, with a mission to provide clean drinking water and mitigating the transmission of water-borne diseases in Pakistan. The $80,000 project has been funded by The Coca-Cola Foundation and the third of five solar-powered filtration plants has been inaugurated in Orangi, Sindh, which is the 5th largest slum in the world with a population of 2.5 million, according to a study conducted by Habitat for Humanity, UK. The plant was jointly inaugurated by Rotary National Chair Aziz Memon, DG OvaisKohari and Dr. InayatullahKandero, Medical Superintendent at Qatar Hospital.

The Phase 2 of the project was launched earlier this year for providing convenient access to clean drinking water to a population of 140,000 across Punjab and Sindh’s catchment areas, with each plant recharging 3,000 gallons of water twice a day per shift. Previously, the reverse osmosis plant in Malir town of Karachi installed in 2014 has helped in the reduction of water-borne diseases by an estimated 70%. The new plant at Sindh Government Qatar Hospital in Orangi will serve 55,000 individuals with potable water in the catchment area, along with health and hygiene trainings.

Speaking about the partnership between Coca-Cola and Rotary, Rizwan Khan, General Manager, The Coca-Cola Export Corporation, Pakistan and Afghanistan said “It was of great concern to us that Pakistan remains only one of two polio-risk countries in the world. Therefore, as a socially responsible corporate citizen, we decided to make our contribution to fight the transmission risk of water borne viruses. With a deep commitment for Pakistan’s welfare, our ethos is to create shared value through sustainable development, which is reliant on the health of our nation.”

At the inauguration ceremony, a Symbolic Key was presented to the Dr. InayatullahKandero, responsible for operationalization of the plant. While inaugurating the plant, Rotary National Chair Aziz Memon commented, “Orangi Town is one of the most underprivileged urban slums in Karachi and the supply of safe drinking water will greatly improve health issues of the community and save children from water-borne diseases. We need more sustainable partnerships like ‘Zindagi’ project so that our future generations can be presented with a polio-free Pakistan soon. There are no polio cases reported in 2018 so far and we aim to reaffirm our mandate by 2019.”

Easier access to clean drinking water helps in improving mortality rates and living standards and it allows women to save time which was previously utilized for the collection of water from far away sources. With community-level awareness campaigns about hygiene and medical education, the medical expenses of families will also decrease due to reduction in diseases.

CHEETAY.PK ENTERS INTO A STRATEGIC PARTNERSHIP WITH WWF-PAKISTAN 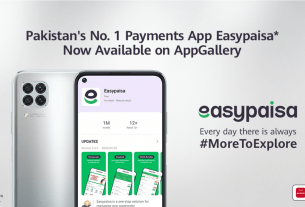