The FIFA World Cup™ Trophy Tourby Coca-Cola will give millions of people around the world the opportunity to get ready to taste the feeling of the world’s largest, most anticipated sporting event – the 2018 FIFA World Cup™. In hosting this momentous, international tour, Coca-Colaand FIFA invite fans to get up close and personal with the same trophy that is presented by FIFA to the winning country of the FIFA World Cup™.This will be a once-in-a-lifetime opportunity for thousands of fans to see the most iconic symbol in football and share their passion for the game.

Rizwan U. Khan, General Manager of Coca-Cola Pakistan & Afghanistan remarked that the FIFA World Cup™ Trophy’s visit to Pakistan – a historicfirst for the country – is a proud moment not only for football fans but for the entire country, as it promotes a softer image of the nation on the global stage. “Pakistan has millions of footballenthusiasts and we are extremely excited that Pakistan is able to be a part of the Trophy Tour this year. Coca-Cola has always been the pioneer in taking initiatives that resonate deeply with the youth and support their development. Be it music, education, environment or sport, Coca-Cola firmly believes in the power of the young generation in the country.Football is not only an emerging sport in Pakistan but also fast becoming a key platform of self-expression for the youthconnecting them beyond social and cultural boundaries.”

A delegation of sixteen Pakistanis, including representatives from media, The Coca-Cola Company and Pakistan National Football Team, will join the Tour in Chiang Mai, Thailand to receive the FIFA World Cup™ Trophy and bring it to Lahore, Pakistan. The Trophy will remain in Pakistan for one day and will be unveiled for a viewing experience to the media and thousands of Football fans at the Coke Fest in Lahore.

For Pakistani football devotees, the visit of the FIFA World Cup™ Trophy is just the beginning. Following this historic event, Coca-Cola Pakistan will undertake a series of initiatives across the country to promote and celebrate the fans’ love for Football. In addition to the Trophy Tour, Coca-Cola will roll out a consumer promotion offering the fans a chance to attend the FIFA World Cup in Russia including a unique opportunity to represent Pakistan at the Coin Toss ceremony in one of the matches.

The FIFA World Cup™ Trophy Tour by Coca-Cola is an extraordinary opportunity for people to take in a piece of football history and share with each other their passion for the sport. The emotions of seeing the FIFA World Cup Original Trophy will stay in football fans’ memory for a long time.

For the latest updates from the FIFA World Cup™ Trophy Tour by Coca-Cola including upcoming tour destinations and dates, exclusive interviews, photos and videos, visit the official websitewww.fifa.com/trophytour, the official Facebook page www.facebook.com/trophytourand the official Instagram page at https://www.instagram.com/trophytour/.

Notes to the editor:

About The Coca-Cola Company

The Coca-Cola Company (NYSE: KO) is the world’s largest beverage company, refreshing consumers with more than 500 sparkling and still brands and nearly 3,900 beverage choices. Led by Coca-Cola, one of the world’s most valuable and recognizable brands, our company’s portfolio features 21 billion-dollar brands, 19 of which are available in reduced-, low- or no-calorie options. These brands include Diet Coke, Coca-Cola Zero, Fanta, Sprite, Dasani, vitaminwater, Powerade, Minute Maid, Simply, Del Valle, Georgia and Gold Peak. Through the world’s largest beverage distribution system, we are the No. 1 provider of both sparkling and still beverages.  More than 1.9 billion servings of our beverages are enjoyed by consumers in more than 200 countries each day. With an enduring commitment to building sustainable communities, our company is focused on initiatives that reduce our environmental footprint, create a safe, inclusive work environment for our associates, and enhance the economic development of the communities where we operate.  Together with our bottling partners, we rank among the world’s top 10 private employers with more than 700,000 system associates.

OPPO F7: Rejoice this festivity with the Best Eid Gift 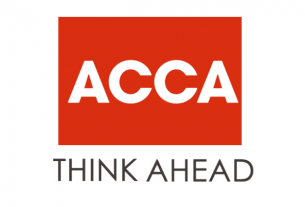