Lahore:29thDecember 2017. After the massive success of the last two years, Pakistan’s leading multi-talented superstar Ali Zafar is back for the third time with a third anthem as the voice and soul of the Pakistan Super League. His anthem for PSL 2018 is titled ‘Dil Se Jaan Laga De’.

Ali Zafar’s undeniable popularity is manifest in his body of work and songs which connect with the hearts and minds of our cricket loving nation. He continues to champion cricket through his ownership and passion for the sport. Indeed Ali has also composed theofficial anthem‘AbKhel Kay Dikha’for the PSL debut seasonand ‘AbKhelJamayGa’for the second year of PSL, the latter of which has been seen and heard over 6 million times on YouTube alone.

“Two things that lie at the heart of our nation’s DNA are cricket and music and I am extremely fortunate to live these two passions in this lifetime. As exciting as it is to write, compose and to sing PSL’s official anthem for the third time, it was actually quite challenging given that last year’s anthem was such a massive hit. I cannot explain how humbling it was to hear it play from every car, home and in every street when the final came home to Pakistan. In fact, when I was writing it, I wrote the entire chorus based on the vision, hope and dream of cricket returning to Pakistan, and we are very fortunate that it did! This year’s anthem takes that thought further and it is based on a celebration; that last year’s dream was fulfilled, that the PSL embraces the very essence of cricket and pride; that Pakistan and Pakistanis will take the Super League to the next level again this year,”said Ali Zafar.

On the acting front, Ali Zafar’s Pakistani film debut titled ‘Teefa in Trouble’, directed by maestro Ahsan Rahim and co-starring Maya Ali is due to release in 2018.

‘Dil Se JaanLaga De’has been composed, written, produced and sung by Ali Zafar and is slated for an early 2018 release. 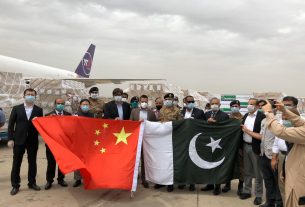