Annual budgets are an opportunity for ACCA to fulfil its public interest role by providing commentaryfor policy makers and budget ‘users’. ACCA believes that tax systems play an essential role in the creation and development of society. The annual budget should be an opportunity to improve the operation of the tax system in line with the goals of simplicity, certainty and stability.

ACCA has identified that the taxation system in Pakistan is in need of a serious overhaul. At present, the confidence of the taxpayers and general public in the tax authorities is much less than desired. The result is a mushrooming black economy, under-declaration and tax evasion leading to losses of billions for the exchequer. Several issues contribute to this mistrust and suggestions addressing this important problem are outlined in the budget proposal document submitted.

Important tax policy considerations include broadening the tax base, the existing small taxpayer base for direct taxation can only bear the constantly increasing burden of taxation to a limited extent with serious ramifications for business competitiveness. In addition to this reduction in tax rates to single digits, increased impetus on direct taxation, utilisation of NADRA database, utilisiation of withholding tax data andformalized asset valuations was suggested in the proposal.

In addition to these the structural reforms suggested a single tax return for all taxation affairs of a taxpayer which all authorities can utilize to obtain the relevant data in addition to harmonization of ‘Federal-Provincial’ taxation laws in the country as well as integration of Federal and Provincial Revenue Authorities’ systems. It was also highlighted that Pakistan’s tax-to-GDP ratio is one of the lowest in the region however the Corporate Tax Rate is very high at 30% therefore the tax authorities need to bring it down. The existing rate of sales tax at 17% is one of the highest in the region with an average of around 12% in Asia (15% in India and Bangladesh, 10% in Indonesia and just 6% in Malaysia) therefore sales tax should also be reduced and it should be used to broaden the tax base and not used as a replacement of direct taxation.

Apart from the above mentioned challenges and proposals, these are times of exciting innovations and technological advancements which need to be addressed to facilitate the business eco-system in Pakistan while simultaneously ensuring the due share of the treasury is also recovered without compromising the economic potential stemming from these latest technologies. It is time that as a nation we address some vital questions about how the latest technological advancements including Artificial Intelligence (AI), Machine Learning, Big Data and Cryptocurrency requiring proper policies and inclusion can affect the scope of taxation. It was also proposed that with Pakistan’s ever increasing debt problem, lack of foreign investments, huge un-mined reserves of natural resources, the advent of CPEC and low value of national currency, a national crypto-currency may offer substantial benefits.

Maggie McGhee, director of Professional Insights at ACCA says: “The global accountancy profession has an important role to play in enabling stable economies and secure societies where consumers are not exploited. ACCA supports a close relationship between regulators and the accountancy profession to ensure that a robust regulatory approach is crafted, and refined as developments emerge, so that it is fit-for-purpose in a digital age. With Pakistan’s ever increasing debt problem, lack of foreign investments, huge un-mined reserves of natural resources, the advent of CPEC and low value of national currency, a national crypto-currency may offer substantial benefits.”

Sajjeed Aslam, Head of ACCA Pakistan says: “Tax administrations should grasp the opportunities which digitalisation of process can offer to them, but must recognise the varying capacity of taxpayers when developing taxpayer facing elements of the compliance process.” 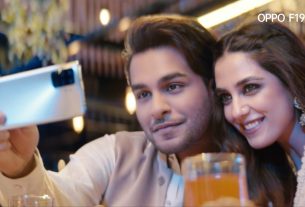 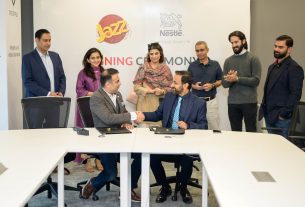