ACCA (The Association of Chartered Certi­fied Accountants) and the Pakistan-China Institute (PCI) hosted a Conference to launch their joint report The Economic Benefi­ts of a Modern Silk Road – CPEC. The event was attended by leaders from the private and public sectors as well as academics where they explored and discussed how the strategic corporate landscape is evolving against the backdrop of the 50 billion US dollar investment by China in CPEC.

This detailed research report, commissioned by ACCA Pakistan in collaboration with Pakistan-China Institute, aims to comment upon the transformation taking place in Pakistan

due to the forthcoming China–Pakistan Economic Corridor (CPEC), part of the modern economic Silk Road.

The Federal Minister for Foreign Affairs Khawaja Muhammad Asif, speaking at the Launch Ceremony of The Economic Benefits of the Modern Silk Road:CPEC, said that as the flagship project of the Belt and Road Initiative, CPEC is one of the most significant and transformative projects in modern history. He said that the initiative was a harbinger of shared dreams, common prosperity and win-win cooperation between two old friends, Pakistan and China. He appreciated the collaborative efforts of both PCI and ACCA in enhancing the existing literature on the China-Pakistan Economic Corridor.

Arif Masud Mirza, ACCA’s Regional Head of Policy- MENASA ACCA, in his opening remarks mentioned thatthe event could not be more timely. He further said that CPEC is not only gaining momentum in Pakistan, but also in the region as Belt and Road aims to rebuild the ancient Silk Route. He was of the view that the success of this major project was largely dependent on the mutual collaborative efforts of public and private sector. The writers of the report, Malik Mirza, FCCA and Ahmed Lodhi, representative of the Pakistan-China Institute, gave an overview of the report and its findings. They elaborated on the the overall economic impact expected of CPEC, the skills needed by finance professionals to benefit from CPEC in the years ahead and the perception of CPEC among finance professionals.

H.E. Yao Jing Ambassador of People’s Republic of China was also present at the event. In his keynote speech, the ambassador termed CPEC as a successful cooperation between the two countries and highlighted the importance of such research initiatives, which are helpful for further enhancing the capabilities of both governments. While talking about the SEZs, he mentioned that local manufacturers will be encouraged to produce goods which can be exported to China as well as other countries.

Speaking on the occasion, Chairman Pakistan-China Institute, Mushahid Hussain Sayed,  highlighted the importance of the report saying that CPEC, the flagship project of the Belt and Road Initiative, is now moving forward very successfully. He said that CPEC’s benefits are going to be evident to the people of Pakistan in the years ahead. He also mentioned the 7th JCC where it was agreed that the content and vision of CPEC would be expanded and three more pillars, Agriculture, Poverty alleviation, and People to People exchanges would be added to the existing four pillars, which are Energy, Infrastructure, Transport and Railway, and Gwadar Port.

He further said that CPEC is the way forward for building a prosperous and a progressive Pakistan. Chairman PCI quoted Quaid-e-Azam saying, “Pakistan will be the pivot of the world placed on the frontier around which the future geopolitics of the world will revolve.”

Dr Ishrat Hussain said that we should not be shortsighted by just focusing on CPEC, but should also look at the larger model of development, which is unprecedented in human history. Mr. Shamsuddin A. Shaikh said that studies carried out by the Chinese reveal that Thar could provide Pakistan with energy for the next several centuries. Ms. Ambreen Shah said that on their own site in Hub, there are 2900 Pakistani employees and 1280 Chinese employees.

The event was largely attended by members of the public and private sector. There was representation from intellectual circles as well as the journalist community. 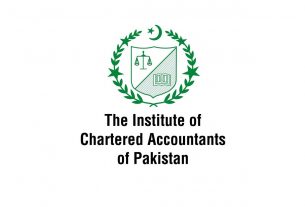