Pakistan International Film Festival (PiFF) reveals the lineup for the festival scheduled to take place in Karachi from the 29th of March to 1st of April 2018. The four-day festival will feature prominent film makers from different countries including India, Italy, Germany, Nepal and US to name a few. The festival will screen different categories of films ranging from documentaries, short films and feature films submitted from 93 countries across the globe. For the entire festival a total of 210 films have been selected from the categories of documentaries, short films and feature length films. Detailed events information pertaining to the Pakistan International Film Festival was shared during a press conference held at Pearl Continental Karachi, organised by Karachi Film Society.

The press conference was attended by esteemed members of the press and, ‘The Spirit of Kolachi’ – a handcrafted trophy designed by renowned sculpture and painter Mr Abdul Jabbar Gull was also unveiled at the event. Director PIFF Abrar ul Hassan started the press conference with a key note about the event. The other members in attendance were Sharmeen Obaid Chinoy, Ronak Lakhani, Sayeeda Leghari and Jamil Baig.

Speaking about the event President Karachi Film Society, Sultana Siddiqui said, “We are very pleased to host the first International Film Festival which will also be attended by filmmakers from our neighboring and other countries. We hope that this collective effort would grow further and faster in the years to come.”

There will be a total of eight movie premieres – Cake, The Valley, Lala Begum, Moomal Rano, Zaraab, The Song of Scorpions, Kuch Bheege Alfaaz and The Wishing Tree. The Wishing Tree features Shabana Azmi and Zaraab is the first Balochi language film to be premiered in Pakistan.  A special matinee show of the newly released animated movie Tick Tock will also be arranged for children at Nueplex Cinemas. Apart from the premieres, screenings of short films, documentaries and feature films are organised at various institutes throughout the city including Goethe Institut, Iqra Defence Valley, Iqra University North Nazimabad campus, Alliance Françoise and T2F.

The four-day event is supported by the Cultural Department of Sindh Government and Ministry of Information of the Federal Government of Pakistan, HUM TV, Nueplex Cinemas and Dawn Media Group. Commercial partners are Unilever and Khaadi. 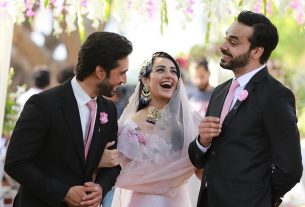